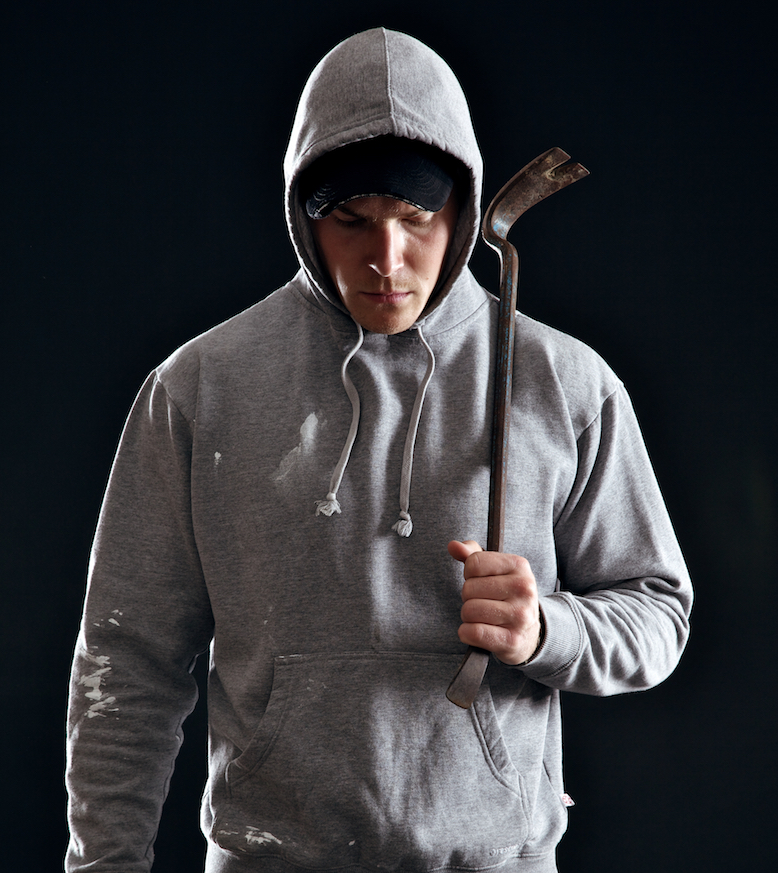 When talking about burglary and robbery, many people use these words interchangeably. However, in New York the legal definition of these terms shows they are two separate and distinct crimes. Here, we’ll discuss the difference, the different degrees of each, and the possible consequences of a conviction.

Burglary is defined under Penal Law Article 140. There are three different degrees: third degree (D non-violent felony), second degree (C violent felony) and first degree (B violent felony). A burglary must involve an entry into a building and an intent to commit a crime upon such entry. Whether the building is a home, or if the defendant is armed, injures a victim, or displays a weapon will change the degree of the offense.

Note that a burglary may be committed even when there is no physical breaking and entering. For example, someone who is invited into a home can still be charged with burglary if, after they’ve been in the home, they then remain unlawfully while intending to commit a crime.

Burglary also doesn’t necessarily involve theft. Many believe that the crime occurs when the perpetrator takes property after entering illegally. However, if the perpetrator intends to commit any crime – whether a theft, a sex crime, an assault, or any other type of crime – it can still be charged as a burglary.

Finally, burglary may be charged even if the intended theft or assault doesn’t occur. What matters is that the perpetrator intended to commit a crime after entering or remaining the premises unlawfully. For example, if a perpetrator enters a home unlawfully with intent to steal property, but he/she is scared off before stealing anything, the perpetrator can still be charged with burglary.

Robbery is defined under Penal Law Article 160. As with burglary, there are three different degrees: third degree (D non-violent felony), second degree (C violent felony) and first degree (B violent felony). Robbery is a face-to-face confrontation between the perpetrator and the victim. In involves instilling fear in and/or force against a victim before, during, or after the commission of a property crime.

What are the Penalties?

Both burglary and robbery involve the possibility of a state prison sentence. An experienced criminal defense attorney can not only challenge the charges, but can also help mitigate the possible penalties. 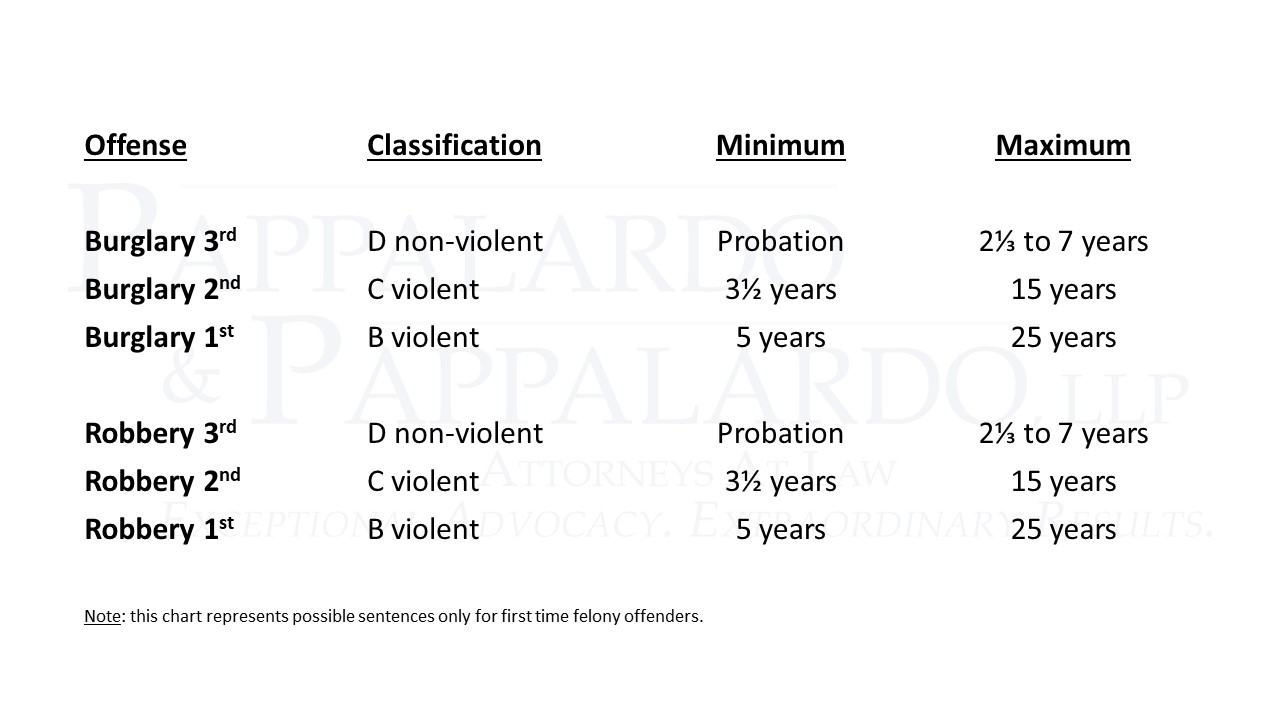 What is Restitution, and Will You Have to Pay it?
5 Reasons Why Employment for the Formerly Incarcerated Is Important
False Confessions: Do They Really Happen?
Westchester Taxi Driver Falsely Accused of Raping Woman in Back of Cab