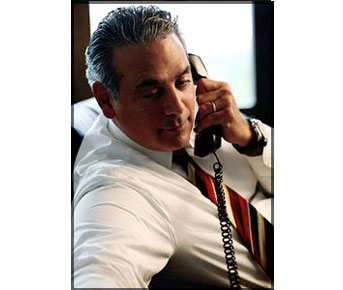 Angelo G. MacDonald is of counsel to Pappalardo & Pappalardo, LLP. He is an accomplished trial attorney with decades of experience dealing with significant criminal matters for his clients.

Prior to entering private practice, Mr. MacDonald was an Assistant District Attorney in the Bronx County District Attorney’s Office, where he held the title of Senior Trial Assistant District Attorney. In that capacity he handled the prosecution of homicides and other high profile/media cases. In the 13 years he served as an assistant district attorney, Mr. MacDonald tried numerous jury trials of which approximately 40 were homicide cases. Since being in private practice he has tried a variety of cases, from homicides to simple misdemeanors. He has tried civil cases, post-conviction proceedings, US Martial law hearings, and administrative trials. He has appeared pro hoc vice in Massachusetts, Rhode Island, and California. Mr. MacDonald is a regular contributing commentator and guest on truTV (formerly Court TV), MSNBC, and Fox News discussing and commenting on criminal matters.