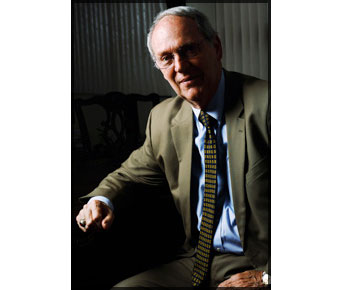 Mr. Pappalardo was appointed as an Assistant District Attorney by Carl A. Vergari, District Attorney of Westchester County. He was assigned to the Felony Trial Bureau where, during his tenure, he prosecuted numerous cases. After leaving the DA’s Office, Mr. Pappalardo established his private practice of law. This practice concentrated in criminal defense including major felonies. Mr. Pappalardo tried his first murder case in 1973 which resulted in an acquittal. Subsequently, he went on to try numerous misdemeanor and felony cases. This concentration on criminal defense work remains a part of the firm to this day. Mr. Pappalardo also focuses his practice on residential real estate transactions as well as wills and estate planning.

Mr. Pappalardo also served 14 years in a part-time capacity as Village Attorney and Prosecutor for the Village of Tuckahoe. He was also an adjunct professor at Bronx Community College, where he taught criminal law. He is a member of the New York State Bar Association, the Westchester County Bar Association, and the Columbian Lawyers Association. In 2018, he was the recipient of the Honorable Richard J. Daronco Distinguished Service Award from the Columbian Lawyers Association.