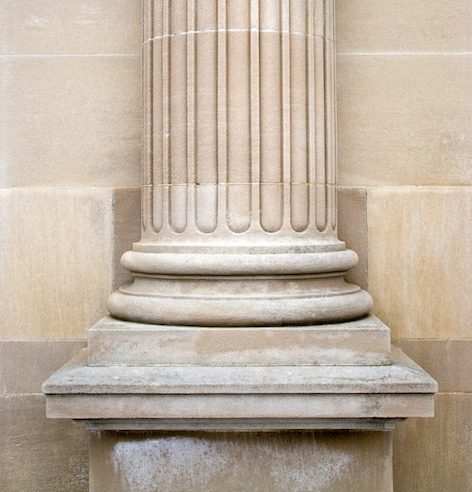 The recent United States Supreme Court holding in the case of Melendez-Diaz v. Massachusetts is a huge victory for criminal defense attorneys, and more importantly for the rights of defendants and the sanctity of the Constitution.  The attorneys at the Westchester, New York criminal defense law firm of Pappalardo & Pappalardo have been actively following this case, and are in a position to utilize it for the benefit of their clients.

The case dealt with the Confrontation Clause of the Sixth Amendment which reads: “in all criminal prosecutions, the accused shall enjoy the right…to be confronted with the witnesses against him.”  While it was well settled that witnesses called to testify for the prosecution were subject to confrontation through cross examination, the effect of the Confrontation Clause on the admissibility of out of court hearsay statements was far less clear.  This question had been answered (somewhat unsatisfactorily) by the Supreme Court in Crawford v. Washington, where the Court held the Confrontation Clause prohibits the introduction of “testimonial” hearsay statements against a criminal defendant, unless the defendant is afforded an opportunity to cross-examine the declarant.  However, while this decision answered one question, it created many more, and as a result, the state of the law in New York was far from settled.

In the aftermath of this decision, prosecutors obviously still wished to introduce hearsay statements against defendants without having to produce a witness, and in a series of decisions, the New York Courts allowed them to do it.  Since Crawford only applied the Confrontation Clause to “testimonial” hearsay, the key for any prosecutor to get around Crawford was to characterize the evidence they sought to admit as non-testimonial.  The evidence most often fought over included reports, laboratory test results, and other analysis.  Considering that this type of scientific evidence is critical in prosecution of crimes ranging from DWI (breath test results) to rape (DNA and rape kit evidence) to drug cases (laboratory analysis of seized substances), it is easy to see how much was at stake.

The New York courts relied on two justifications in concluding that this type of evidence was non-testimonial.  First, in People v. Meekins, a case dealing with a DNA testing report, the Court of Appeals held that in order to be considered “testimonial” a record must directly accuse a defendant of a crime.  As a result, reports that provided essential links in the chain of logic leading to a defendant’s guilt were admissible without cross-examination so long as they did not directly “accuse[] the defendant of criminal wrongdoing.”  Second, the Court of Appeals held that so long as scientific testing was merely a “contemporaneous recordation” using well-recognized techniques, it did not resemble the types of ex-parte examination contemplated by the Confrontation Clause, and as a result, was non-testimonial.  Based primarily on these two justifications, for many years a variety of scientific and laboratory evidence was considered admissible in New York and the defendant had no right to confront any of it through cross-examination.

All of this changed with Melendez-Diaz.  The evidence at issue in Melendez-Diaz was three “certificates of analysis” which stated that forensic testing of evidence seized from the defendant established that the substance in question was cocaine.  The certificates were sworn to by analysts at the State Laboratory Institute of Public Health; these analysts were not called to testify, and the defendant’s Confrontation Clause objection was overruled.

In his decision, Justice Scalia quickly dismantled the two flimsy non-testimoial justifications which had previously been relied upon by the New York Courts.  Addressing the justification that certain reports and laboratory tests did not directly accuse a defendant of a crime, Justice Scalia made the following simple, yet persuasive analysis: “The text of the Amendment contemplates two classes of witnesses- those against the defendant and those in his favor.  The prosecution must produce the former, and the defendant may call the latter.  Contrary to respondent’s assertion, there is not a third category of witnesses, helpful to the prosecution, but somehow immune to confrontation.” In this way, evidence, which does not directly accuse a defendant of criminal wrongdoing, but which is still damaging to his case, is no longer somehow immune to cross-examination.  In response to the other justification citing the neutrality of science, Justice Scalia’s opinion refers to “documented cases of fraud and error involving the use of forensic evidence” and points out that “confrontation is designed to weed out not only the fraudulent analyst, but the incompetent one, as well.”

As a result, scientific tests and reports are no longer considered non-testimonial in New York, and are subject to cross examination.  Based on this line of reasoning, in a recent case, a California appeals court in People v. Dungo, prevented the prosecution from doing an end run around a defendant’s constitutional rights by calling a different pathologist than the one who actually performed the autopsy, in order to avoid the jury hearing about the original pathologist’s questionable competence, which would have undoubtedly been revealed during cross examination.

In an effort to continue the unconstitutional practice of subjecting a defendant to unconfrontable hearsay testimony, opponents to the change say that the new rule will unreasonably burden prosecutors and the criminal justice system.  Justice Scalia’s response to this contention is that the requirements of the Constitution are not negotiable, and such, the Court does not have the authority to relax the requirements of the Confrontation Clause to accommodate the “necessities of trial and adversary process:” “The Confrontation Clause- like [other] constitutional provision- is binding, and we may not disregard it at our convenience.” He further notes that “there is no evidence that the criminal justice system has ground to a halt in the States that, one way or another, empower a defendant to insist upon the analyst’s appearance at trial.”

This decision is bound to have a significant effect on criminal defense law in New York state and Westchester County.  The decision seems to require prosecutors, at least on demand, to produce not only drug analysts, but medical examiners, rape-kit analysts, DNA analysts, and even certain clerks, or forfeit the admission of their reports.  This will make the prosecution of a whole variety of offenses more difficult for prosecutors.  Significantly, the nature of the prosecution of DWI cases will change, as the opinion strongly suggests that reports of breath-test and blood-test results are, in fact, testimonial.

It should be noted that this blog relied heavily upon Andrew C. Fines’ analysis of Melendez-Diaz v. Massachusetts, which appeared in the winter 2010 issue of the New York State Bar Association’s New York Criminal Law Newsletter.

Yonkers Man Arrested With More Than Six Ounces of Cocaine
Crisis Intervention Teams and Policing: What They Are, How They Work
What is Restitution, and Will You Have to Pay it?
Prepare for Your First Meeting with a Criminal Defense Attorney