The old saying goes, “Crime doesn’t pay.” And in New York, getting involved in the criminal legal system can actually cost a lot of money. From supervision fees, to restitution, to fines and surcharges – there are hidden costs that can quickly add up.

New York imposes surcharges which are, essentially, court costs. The amount of the surcharge, which is set by law, varies depending on the nature of the conviction.

The Fines & Fees Justice Center published a report in 2018 which includes the following findings:

Note that this just relates to the surcharges. In addition, a court can also impose a fine on top of that. Depending on the offense, there may even be a mandatory minimum fine – meaning the sentencing court must impose a fine. For example, fines routinely range from a few hundred dollars up to several thousand.

There are also additional costs that crop up when involved in the criminal legal system. For those with impaired or intoxicated driving charges, they will have to pay for substance abuse screening and treatment. If convicted, they may have to pay for an Ignition Interlock Device. And, the DMV may also impose civil penalties separate from any fine or surcharge imposed by a court.

For those who have committed a crime where someone is harmed, they may have to pay the victim restitution. Specifically, restitution is an amount of money meant to make the victim financially whole. Additionally, there may also be civil judgments and forfeitures related to the crime.

For those sentenced to community supervision, there may be a monthly fee. Routinely, probationers and parolees have to pay a monthly amount for their supervision. And for those sentenced to jail or prison, they may have their accounts garnished to pay any surcharges, fines, or restitution. As a result, incarcerated people may have a tough time purchasing basic necessities.

As of June 29, 2021, New York’s Driver’s License Suspension Reform Act (DLSRA) went into effect. Pursuant to the new law, suspensions for non-payment will be lifted. Moreover, the DLSRA allows for affordable payment plans. And starting a payment plan will lift a suspension for not answering a ticket. 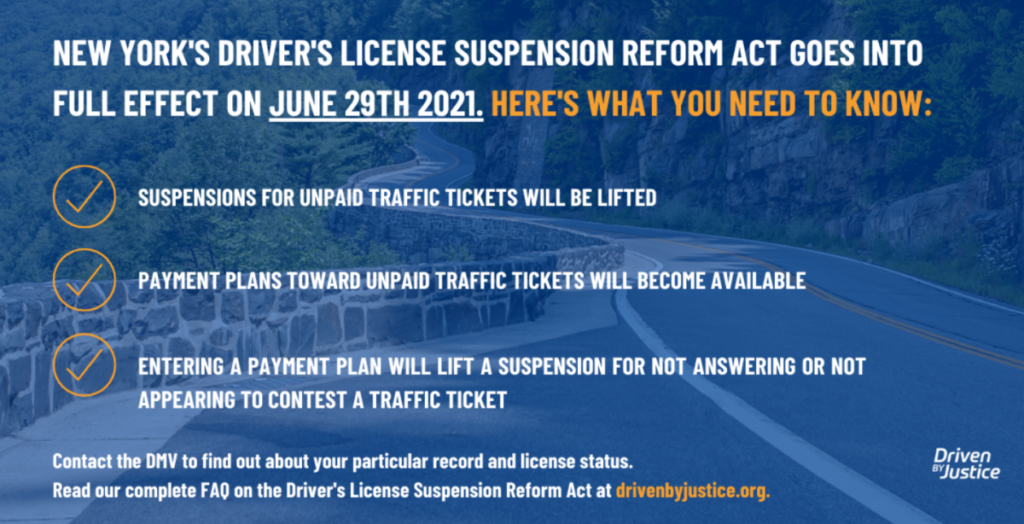 More recently, legislators have proposed changes to the law relating to such surcharges. This would eliminate court surcharges, in addition to probation and parole fees. Such penalties, according to the bill have “placed an improper price on justice and have created undue and disproportionate burdens on people of color, low income individuals, and their families.”

How to Expunge a Prior Marijuana Conviction in New York
The Trial Penalty: Why Criminal Defendants Often Take a Plea Bargain
Clemency in New York: Pardons, Commutations, and Restoration of Rights
Why You Should Hire an Attorney When You’re Charged With a Violation