If you’ve been arrested for Driving While Intoxicated (“DWI”) or any alcohol- or drugged-driving offense, you may already be wondering what the possible punishment will be. One way the penalty may be affected is if there is an aggravating factor present in your case. Speaking with a knowledgeable criminal defense attorney will allow you to know the potential outcomes at court.

Categories of DWI In New York

The most common charge facing people arrested for driving under the influence of alcohol is Driving While Intoxicated. This is sometimes called “common law DWI.” This charge is based on the observations of a trained police officer. After performing standard field sobriety tests (“SFSTs”), the office can make a determination the driver is impaired or intoxicated by alcohol. 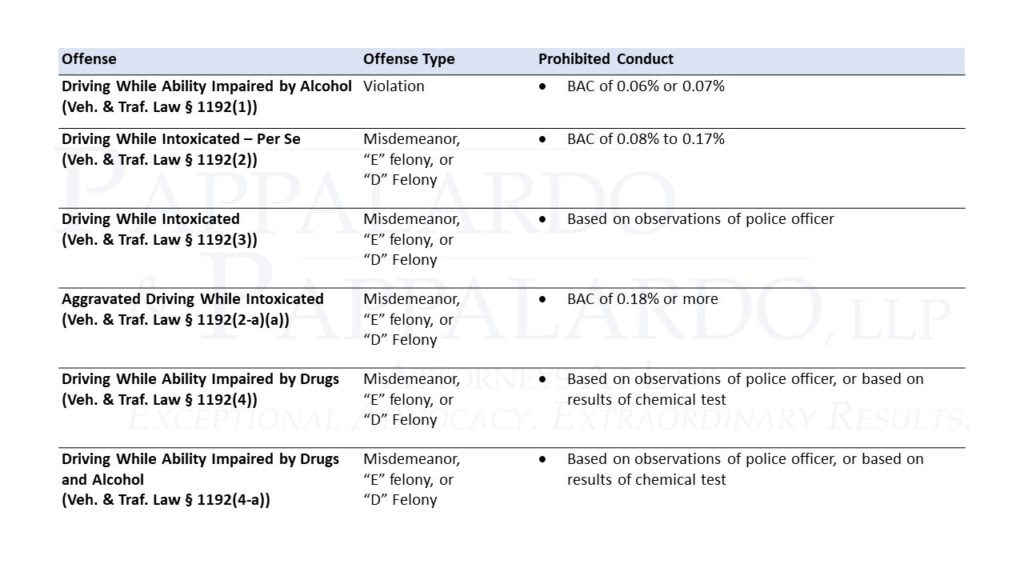 You may be facing additional penalties or enhanced charges based on several aggravating factors.