When a crime has been committed but is not a sex offense, there may have been a sexual motivation. In New York, such can be charged as a “sexually motivated felony.” When this happens, the consequences of a conviction become more severe.

What Is a Sexually Motivated Felony?

Under New York law, a sexually motivated felony is an offense committed for the purpose of the actor’s sexual gratification. Specifically, it includes not only completed crimes, but also attempts or conspiracies to commit those offenses.

In the statute (Penal Law § 130.91), the list of sexually motivated felonies includes: 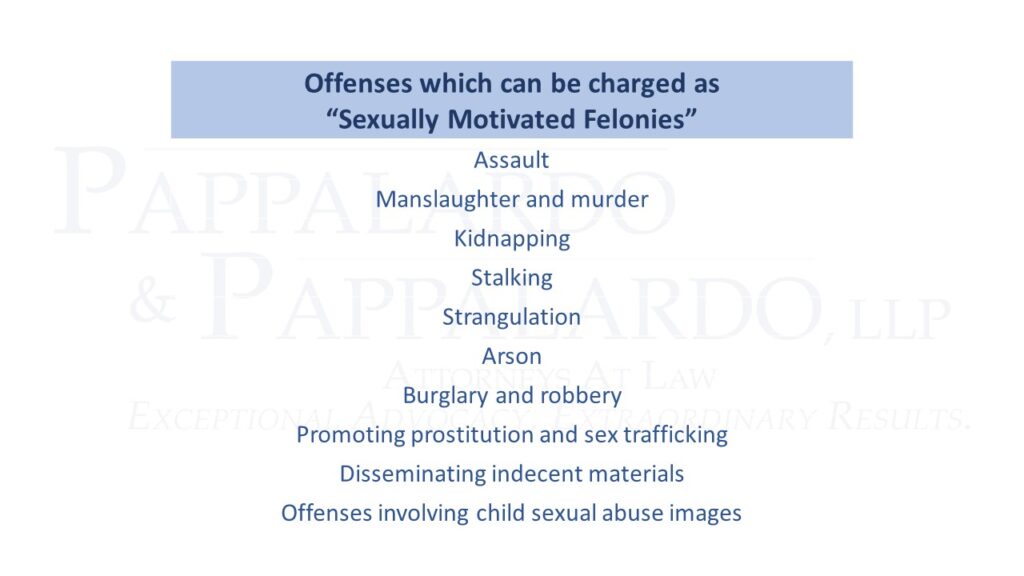 When a person is convicted of certain offenses in New York, they will also have to register as a sex offender. At the time of their sentencing or when they’re released from prison, there will be a hearing to determine the appropriate level of registration. According to the law, this level is meant to represent the person’s risk of re-offense and dangerousness so that the community can be notified accordingly. Additionally, the judge must make a determination whether the individual should be designated a “sexually violent offender,” “predicate sex offender,” or “sexual predator.”

In New York, the list of offenses which trigger registration are set forth in Correction Law § 168-a. Specifically, this list includes: 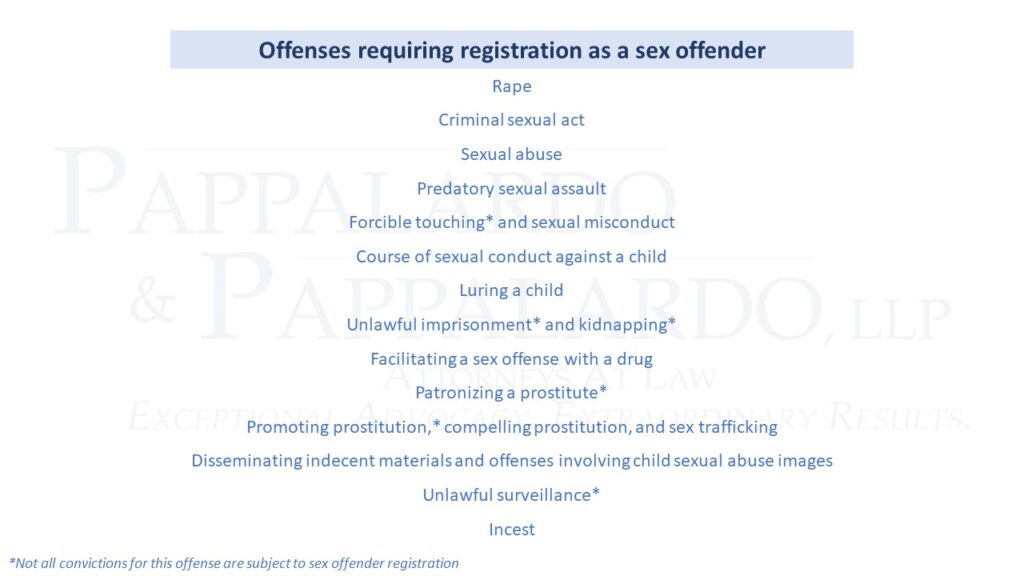